A team of hardy souls from Allies will be unleashing their inner children and running through five miles of mud and obstacles - all in the name of charity.

On 7th July, a team of hardy souls from Allies will be unleashing their inner children and running through five miles of mud and obstacles - all in the name of charity.

The team is taking on the challenge for the British Heart Foundation, a customer of Allies since 2008. 100% of sponsorship money is going to the charity, with costs of the event being covered by Allies Computing on behalf of the team. 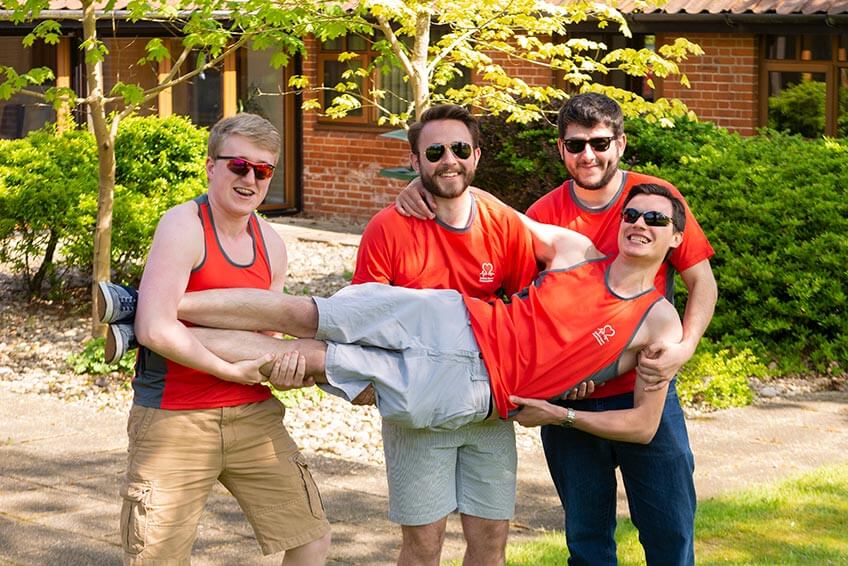 The challenge will involve an early start for the team, with travel to Hertfordshire for a five mile team run through mud, water, and over and under thirteen obstacles. Hundreds of other runners will join them, many running for a good cause, some running for the thrill of wading and swimming through miles of mud.

Everyone involved is looking forward to getting mucky

says team captain Adam Aldridge, who is taking some time out of his usual role in the DevOps team to organise the event.

We’ve started our training, but I don’t think anyone’s under any illusions that this will be anything like your normal morning jog!

BHF statistics show that a quarter of deaths in the UK are caused by cardiovascular diseases - money raised from events like ours goes towards helping prevent these tragedies, and supporting the estimated 7 million people who are living with a cardiovascular disease in the UK. More information can be found on the British Heart Foundation website.

To get involved and make a donation, you can find a link to the team’s MyDonate page here. Even if you just donate £1, every penny counts towards funding the BHF’s life saving research.