Confused about ephemeral ports? We have the expertise to help you tighten your network security in AWS.

Getting a response from an HTTP request to the first-ever EC2 instance you provision is a Hello World moment, that many AWS users will have experienced.

But when your EC2 instance is associated with a Security Group and Network Access Control List that only allow port 80 traffic, you’ll find there’s a problem; the responses to your requests won’t make it out.

So if you’ve ever wondered “Why is my EC2 instance not responding to requests??” and fixed it by simply allowing All Traffic, keep reading.

At this point, it’s worth taking a look at the primary security components within any VPC - Security Groups and Network Access Control Lists.

Security Groups act as virtual firewalls around resources within your VPC. You can use them to allow (but not deny) inbound and outbound traffic based on port number and a CIDR, IP address or security group.

Network Access Control Lists (or just Network ACLs) provide a similar layer of security although they act at the subnet level. They support allow and deny rules, and are stateless.

Network ACL rules are evaluated in order of their rule number from the lowest to the highest. The first rule to match is applied (e.g. to allow) regardless of any other later rules that contradict it (e.g. to deny).

So why can’t my EC2 instance respond to HTTP requests? There are many and varied answers to this question. But in the context of this post, it could be due to ephemeral ports.

Wikipedia describes ephemeral ports as being “allocated automatically from a predefined range…” and used as “…the port assignment for the client end of a client–server communication to a particular port (usually a well-known port) on a server.” 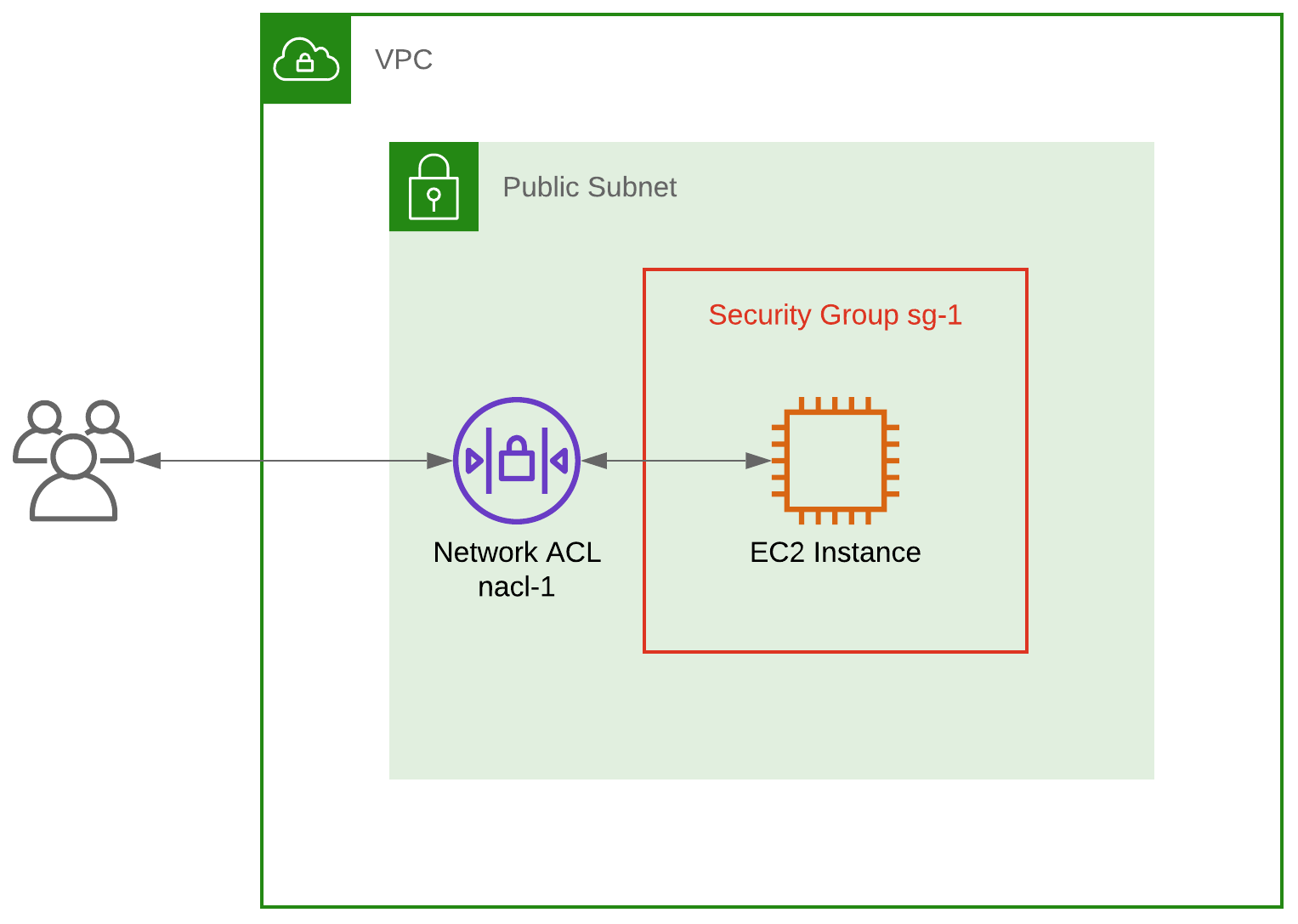 If you initiate an HTTP request to this EC2 instance on port 80, your request will originate from an ephemeral port on your side between 1024 and 65535.

To let your request through to the EC2 instance, Security Group sg-1 must have an inbound rule allowing requests on port 80. The return path for the response back to you on your ephemeral port is automatically allowed by the Security Group.

Nacl-1 must also have an inbound rule allowing requests on port 80. However, due to the stateless nature of Network ACLs, it must also have an explicit rule for the response back to you on your ephemeral port between 1024 and 65535.

The scenario above illustrates a point but a more realistic example would be to have an Elastic Load Balancer distributing requests between a number of EC2 instances in an Auto Scaling Group spanning multiple AZs.

Unless you’ve already gone serverless, this approach is the epitome of scalable, fault tolerant design since it allows you to scale out when needed by adding EC2 instances, and to sidestep faulty EC2 instances that have failed their health check.

Consider the architecture in diagram B - a Classic Load Balancer (to keep things simple) listening for HTTP traffic on port 80 and distributing requests to a group of EC2 instances; we’ll say the health checks are on port 80 too.

If you initiate an HTTP request to the load balancer on port 80, your request will originate from an ephemeral port on your side between 1024 and 65535.

The load balancer, now acting as an effective client using its own ephemeral port between 1024 and 65535, will relay your request to port 80 on one of the EC2 instances.

So… how do we configure the Security Groups? To let your request through to the load balancer and then through to one of the EC2 instances, sg-2 must have an inbound rule and an outbound allowing requests on port 80.

Likewise, sg-3 must have an inbound rule allowing requests on port 80 from the load balancer. The best practice way to do this is by referencing the load balancer Security Group itself within sg-3.

The return path for the response from an EC2 instance to the load balancer and then to you are automatically allowed by the Security Groups.

How about the Network ACLs? In short, the config is similar to the Security Groups for sg-2 and sg-3 but with additional rules for the return paths as shown below. 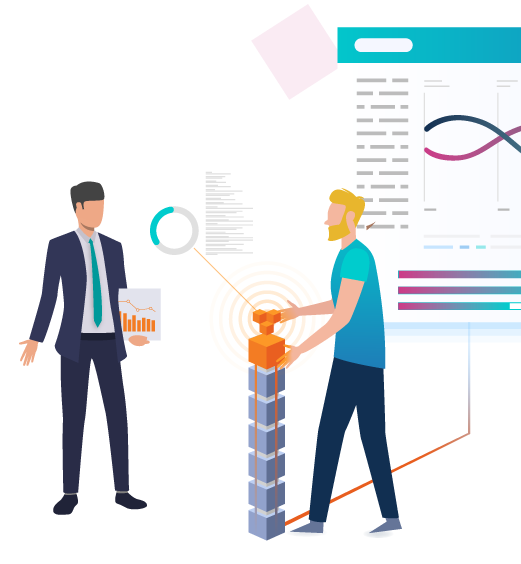 AWS Consultancy Whether you’re planning to migrate to AWS for the first time, or want to optimise your existing use of AWS, we’re ready to help you. Find Out More

Here are four things to keep in mind:

Dan provides AWS consultancy to businesses, helping them migrate, transform and optimise their workloads using the AWS cloud. He is a Certified AWS Solution Architect and specialises in high availability architecture, ETL and VPC design.

Spending too much on your AWS bill? Here are some ways to cut costs and optimise your spend in 2021.

How to address your UK mail correctly

Labelling your mail and parcels correctly will help reduce returns

Are you ignoring 70% of Irish shoppers?